ERIE, Pa., April 15, 2015 /PRNewswire/ — Erie Insurance has received conditional approval from the Federal Aviation Administration to use unmanned aircraft systems – commonly referred to as drones – in its claims and underwriting processes. ERIE, celebrating its 90th anniversary this year, offers insurance exclusively through local independent agents and has built its reputation by providing personal service to customers. The company says drones will enable it to provide even better service while keeping a personal touch.

Erie Insurance.
“At ERIE, we see drones as high tech meets human touch,” said Gary Sullivan, vice president of property and subrogation claims at Erie Insurance. “Drones will help our claims adjusters get an early look at potential damage without putting themselves in harm’s way due to unsafe conditions, such as on a steep roof or at the site of a fire or natural disaster. The sooner we can get in and assess damage, the sooner we can settle claims and help make our customers whole again so they can move on with their lives. We’re proud to be one of the first insurance companies at the forefront of this next chapter in claims innovation.”

About Erie Insurance
According to A.M. Best Company, Erie Insurance Group, based in Erie, Pennsylvania, is the 11th largest homeowners insurer and 12th largest automobile insurer in the United States based on direct premiums written and the 16th largest property/casualty insurer in the United States based on total lines net premium written. The Group, rated A+ (Superior) by A.M. Best Company, has more than 5 million policies in force and operates in 12 states and the District of Columbia. Erie Insurance Group is a FORTUNE 500 and Barron’s 500 company. ERIE has been recognized by Forbes as one of America’s 50 Most Trustworthy Financial Companies and is on the list of Ward’s 50 Group of top performing insurance companies, which analyzes the financial performance of 3,000 property and casualty companies and recognizes the top performers for achieving outstanding results in safety, consistency and financial performance over a five-year period (2009-2013).

News releases and more information about Erie Insurance Group are available at www.erieinsurance.com. 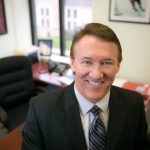